"If you work from a valuable, promising idea – something that fills a gap in the market, with a market in that gap – you’ll have a better chance at success."
― Tomas Gorny 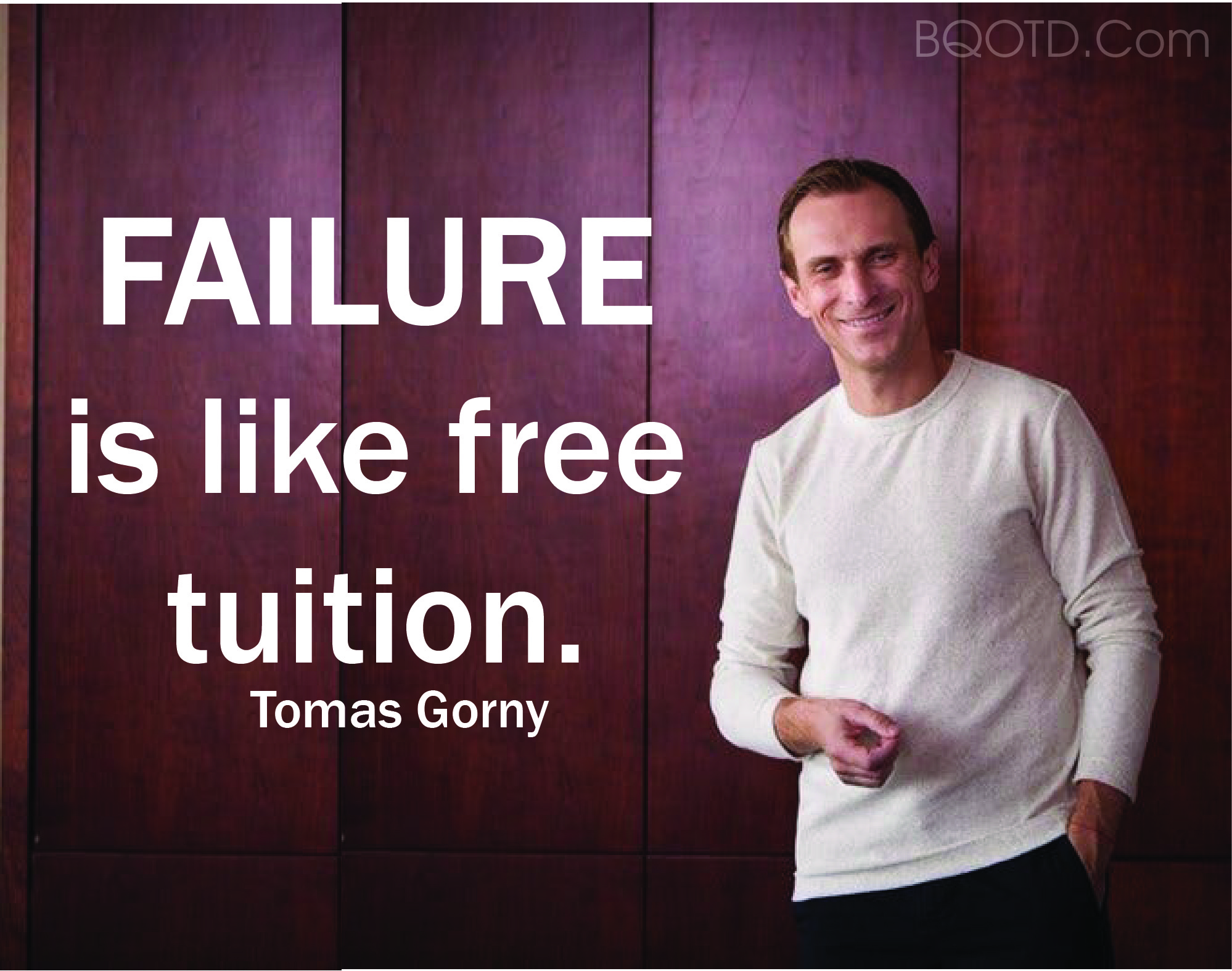 Topic(s): Life, Motivational
Tags: failure
"I may speak with an accent, but I don’t think with an accent."
― Tomas Gorny
Topic(s): Life, Positive, Power
Tags: Accent, ethics
"As an entrepreneur, you shouldn’t have an exit strategy. If you are planning for an exit, your mind is focused on the wrong things for your business."
― Tomas Gorny
Topic(s): Blog, Business, Life, Motivational
Tags: Strategy